#27 Only Worn One Time
for deeprootsmag.org 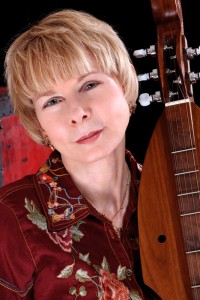 It’s already been a good year for singer-songwriter Dulcie Taylor, seeing as how she’s won her second consecutive New Times Music Award as Best Songwriter 2014. How appropriate, given the finely etched songs on her fifth album, Only Worn One Time, replete with reflections on mortality, heartbreak, self-reliance, self-doubt, commitment and similar weighty topics relevant to the real world on a daily basis.

The roiling emotions she admits to in her lyrics are expressed not only in words but also in the mix of electric and acoustic instruments in her backing band and in the shifting textures from song to song, ranging from the folky shuffle with Dom Carmadella’s B3 underpinning in the album opening “On a Rainy Day” (a wrenching heartbreaker in which the singer awaits “a downpour” to hide her tears, much as the Everly Brothers did in “Crying In the Rain”) to the stomping rock ‘n’ roll thrust of “Dug a Hole” propelling Ms. Taylor’s sarcastic screed to an ex-lover foolishly seeking to make amends, a kissoff made complete in the snarling editorializing of Tim Pierce’s electric guitar solo.

However, the storyteller in Dulcie goes outside herself as effectively as she looks inward. The title track, a simmering, dirge-like treatise until it unleashes some muted fury near the end via Cam West’s cannon-shot drums and Tyson Leonard’s wailing fiddle, recounts a husband’s anguish when he stumbles upon his ex-wife’s once-worn white lace wedding dress right at the moment was finally “feeling more himself” after she bailed on the marriage. To the tender country strains of “Like My Momma Loved Me” she relates the soaring emotions of a mother who is reunited with the daughter she gave up for adoption, acknowledging how she missed the lass’s “first pair of high-heeled shoes” and “first prom date” but is now resolved to assure her offspring her birth mother will be “somebody she can lean on/I’ll love her just like my momma loved me.” She cedes the spotlight entirely, save for singing background vocals, to Tony Recupido, for his self-penned “Love Let Go,” a galloping, country-flavored confession by a man whose lover’s betrayal has him as paralyzed as he is conflicted: “I can’t stay but I can’t leave/I wear my feelings on the end of my sleeve/If I had it all to do again/Don’t think that I would even call you my friend…” (“Love Let Go” sounds, in fact, like the second part of a Recupido mini-song-cycle here, following a few tracks after a similarly themed folk-flavored ballad, “Lost On Some Sea”—and surely yours truly is not the only listener that hears an uncanny vocal resemblance between Recupido’s soft tenor and that of Jim Seals of Seals and Crofts fame.)

SELECTED TRACK: ‘Like My Momma Loved Me,’ Dulcie Taylor, from Only Worn One Time

But no one steals the spotlight from Dulcie Taylor on this, arguably her finest collection of original songs, even surpassing those on her 2012 gem, Free of This Sorrow. Revisiting the cemetery in her hometown in the mountain-tinged ballad “New Stone” produces pure poetry capable of bringing tears to anyone that can relate to a remembrance such as “Oh time can take our loved ones/And wear us down with care/But it cannot take the memories/Of the love that we have shared…” and thus be moved by the sincerity in Ms. Taylor’s soft, expressive vocal and the plaintiveness of Tyson Leonard’s supporting fiddle work. At the other end of the emotional spectrum, some (perhaps many) listeners will recognize the frightful existential angst consuming the narrator in “Can’t Even Pray” (a co-write between Ms. Taylor and her co-producer-guitarist George Nauful), a tense narrative, all jittery rhythm with exotic touches supplied by the artist’s dulcimer and Nauful’s sitar, with an assertive Dulcie delivering what amounts to a howl in the rise in her smooth voice when she sings, “I don’t wanna be the woman who can’t sleep at night/Who finally gives up and turns on the light/Who looks up to heaven with nothing to say/You know you’re in trouble when you can’t even pray.” The album ends on what might seem to some as a curious note, with Nauful’s touching, quiet ballad “America In a Day.” At first it seems it must be a song from and about the road a troubadour such as Ms. Taylor would know well, as Nauful sings, “through the streets of all the cities/down the roads to all the junctions/’cross the plains to all the shores/the white line guided me everywhere.” But it’s in the second verse of this gentle, evocative journey that we learn these travels lead “into the heart of my own heart/finding myself in yourself/in search of what I am and wasn’t yesterday.” Adding warm background vocals and keening, trebly harp to the atmosphere, Ms. Taylor puts her imprint on the song in a subtle way to make her presence known, and as she joins Nauful in harmony at the close, singing “I found America, I found America, I found America in a day,” she seems poised to take a whole different kind of journey next time around. It’ll be worth waiting for, guaranteed.